My 6 favorite books about work 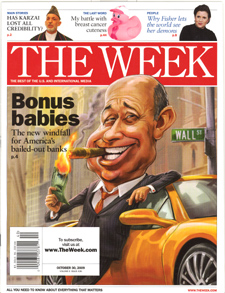 Those of you who participated in our New Year’s Day Teleseminar learned that one of my favorite magazines — the kind I read, not just subscribe to — is The Week. And one of my favorite sections is a middle-of-the-magazine feature in which they ask a writer to list his or her six favorite books, often about a particular topic.

A few weeks ago, the magazine asked me to participate — to tell readers my six favorite books about work, a subject about which I’m slightly obsessed. Here’s my list:

Working by Studs Terkel (New Press, $17). In 1974, my mother brought this book home from the library and I, then 10 years old, snatched it to read Terkel’s interview with a baseball player. To my surprise, I ended up staying for the bus drivers, strip miners, and school teachers. Hearing real grown-ups talk about what they did for a living was, for me, far more exciting than phantom tollbooths or Mrs. Frankweiler’s mixed-up files.

Flow by Mihaly Csikszentmihalyi (Harper Perennial, $15). Flow is the mental state when the challenge before us is so exquisitely matched to our abilities that we lose our sense of time and forget ourselves in a function. Csikszentmihalyi’s contemporary classic reveals that we’re more likely to find flow at work than in leisure.

Then We Came to the End by Joshua Ferriss (Back Bay, $14). This darkly hilarious novel is a cautionary tale for white-collar workers. At a downward-spiraling ad agency in Chicago, employees spend more time scarfing free doughnuts and scamming office chairs than doing actual work—all while fretting about “walking Spanish down the hall,” company lingo for being fired.

The Organization Man by William H. Whyte (University of Pennsylvania Press, $26). This remarkable book about the deadening effect of large companies reshaped the national conversation and recast its very vocabulary. Whyte, a Fortune editor who merged journalism and sociology, established the gold standard for writing about work.

The Travels of a T-Shirt in a Global Economy by Pietra Rivoli (Wiley, $19). That simple T-shirt you’re wearing isn’t so simple after all. A Texas farmer grew the cotton, a Chinese worker spun the thread and cut the fabric, a Florida merchant placed it in his store, and a Tanzanian entrepreneur will resell it after you’ve donated it to the Salvation Army. Economist Rivoli visits the players in this international supply chain and weaves a gripping narrative.

Animal Farm by George Orwell (Plume, $14). A thrilling takeover. Corrupt, disengaged management. Beleaguered, underappreciated workers. You might think Orwell’s fable is an allegory of totalitarianism, but it’s also a mini-MBA in organizational behavior.

16 Responses to “My 6 favorite books about work”

Leave a Reply to Blair Peterson