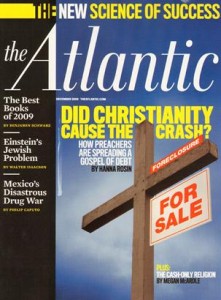 High on the growing list of endangered media species is long-form magazine journalism. In a world of 140-character updates and 60-second video clips, do we have the attention span (and the business model) to sustain carefully-crafted 5,000-word articles?

I sure hope so. Because even in a tough environment, there’s some great work coming out of magazines. Here are three pieces I read in the past two weeks with ideas and stories hard to reduce to a Tweet — and that really come to life on the printed page. (Of course, this being the interwebs, I have to provide links.)

1. The Science of Success (The Atlantic) — David Dobbs reveals some remarkable findings from biological psychiatry showing that people with genes that predispose them to certain troublesome and self-destructive behavior can actually outperform those without such “bad genes.” They’re like orchids, Dobbs says. They’re fragile in many environments, but in the right greenhouse they can bloom spectacularly.

2. Vanish (Wired) — Writer Evan Ratliff tried to disappear for a month, shedding his identity entirely. Meanwhile, Wired offered $5000 to anybody who could find him. The result is a riveting cat-and-mouse tale — with some smart insights into identity in a transparent world. (Added bonus: The photography in this piece is gorgeous.)

3. Accept Defeat: The Neuroscience of Screwing Up (Wired) — Many experiments in science fail, says Jonah Lehrer. But that’s not a problem. The problem is that most of those failures are ignored — and it’s these often-dismissed anomalies that contain the seeds of real breakthroughs. One of the most thought-provoking articles I’ve read in a long while.

7 Responses to “3 articles worth reading”