Most of the time around here we highlight signage that we consider emotionally intelligent — that is, signage that either encourages empathy on the part of the viewer or demonstrates empathy for his or her situation.

But sometimes signage can be simply emotional. It can shock and awe us into thinking — and occasionally into action. Below are two examples of those kinds of signs.

The first comes from the Washington, DC, subway, where eating is prohibited. (Believe me: I’ve been riding the Washington Metro for, gulp, nearly 25 years — and this rule is a godsend.) I suppose the sign-makers could have tried to trigger empathy on the part of riders, but disgust might work even better. (HT: Jonathan Kreiss-Tomkins) 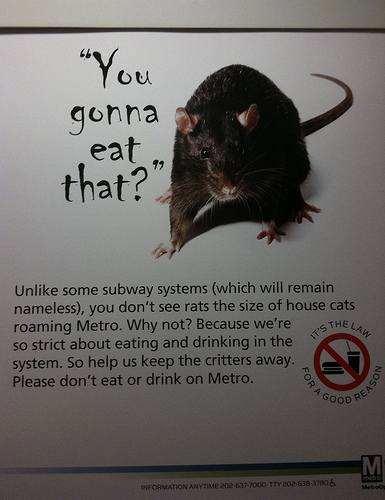 The second is from the Bangalore City Traffic Police. It’s a bit hard to make out the headline, but it says, as blood gushes from the receiver, “Don’t talk while she drives.” Scary. Emotional. And maybe even effective. (HT: Adam Gard) 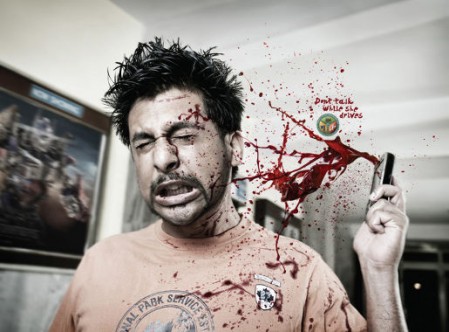 3 Responses to “Signage that shocks”