The 4 Most Overlooked Attributes of Successful Coaches 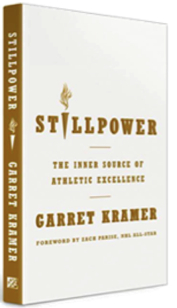 Back in my misspent youth, when I wasn’t watching sitcoms or walking to the library, I spent a big chunk of my time playing teams sports — baseball and basketball especially.  I had coaches, of course, but none of their exhortations, encouragements, or demands made much of a difference or left an impression on my later life.

Maybe that’s because I never had a coach like Garret Kramer.  Kramer, who’s worked with athletes from high school to the pros in a variety of sports, takes an approach that might seem a bit odd to anyone who’s not Phil Jackson.  He thinks goals thwart athletic achievement rather than enable it. He thinks that athletes perform better not when they hate their opponents, but when they love them. And he thinks willpower matters a lot less than what he calls “stillpower,” which draws on internal motivation and aims for a sense of flow.

In honor of his new book, Stillpower: The Inner Source of Athletic Excellence (Buy it at Amazon, BN.com, or IndieBound.) I asked him to share with Pink Blog readers the four most overlooked attributes of successful coaches, as well as leaders of any kind.

1. They look to the state of mind of the athlete or individual in question, not his or her behavior.

Poor performances or behaviors are the result of an individual’s low mindset. Nothing more, nothing less. Rather than holding players or employees accountable to their actions (judging behavior), the best leaders hold them—and themselves—accountable to recognizing the thoughts and feelings that accompany high states of mind, and only acting from this mental state. This type of coach distrusts his own thoughts from low moods and encourages his players to do the same.

2. They understand that the spoken word is far less important than the level of psychological functioning from which the word is spoken.

Here’s a simple reminder. Words are merely an echo of a feeling. A coach might say to a player, “I was really proud of your effort tonight.” But if there is no feeling or passion behind the words, they might actually have a negative impact. Successful coaches take notice of their own level of functioning moment to moment. They know that positive words only originate from positive states of mind.

3. They keep goal setting in perspective.

Successful coaches know that the more athletes focus on the ‘prize,” the more they thwart their own awareness, shrink their perceptual field, and limit the imaginative possibilities. These coaches understand that achieving goals does not elevate self-worth or happiness. Instead, they relish the journey—the relationships and experiences—as the path toward creating exactly what they want becomes clear.

4. When in doubt—they turn to love.

Great coaches set guidelines and expectations based on one overriding principle: love for their players. They know, above all else, that love will always provide the answers to helping others—and to success.

15 Responses to “The 4 Most Overlooked Attributes of Successful Coaches”