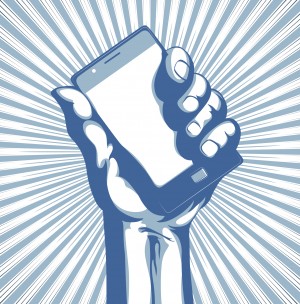 Last month, toward the end of an on-stage conversation at Wired’s Disruptive by Design Conference, Mark Andreessen (he of the Mosaic browser, giant venture fund, and shiny, egg-shaped pate), unleashed a corker.

The smart phone revolution, he said, is under-hyped. “We have never lived in a time with the opportunity to put a computer in the pocket of 5 billion people.”

The moral of the story: As always, ignore Andreessen at your peril.