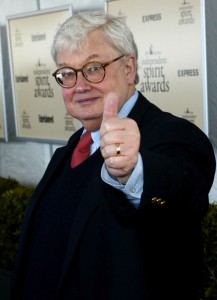 Phil Rosenthal has a great column in the Sunday Chicago Tribune arguing that one of the late Roger Ebert’s greatest legacies is as a businessman and pioneer of the “brand called you.”  You should read Rosenthal’s entire piece, but here’s a summary of the lessons he’s distilled from Ebert’s life.

1.  Know your identity. Even after he became famous, Ebert remained in Chicago (rather than Hollywood) and continued working as a journalist.

2. Know your consumers. Ebert “knew it was impossible to attract a mass audience if you are trying too hard to impress a niche.”

3. Own your work. Ebert retained the rights to what he produced.

4. Embrace rivalry. Working with (and against) Gene Siskel sharpened his craft.

5. Embrace the future. “The fact that Ebert had more than 800,000 Twitter followers at the time of his death was mentioned before his Pulitzer in some obituaries.”

6. Be transparent. When Ebert became seriously ill, “he was forthright and up front about his condition.”

7. Be a mentor. He nurtured other writers, especially fellow film critics.

8. Be great. “Being the best is no guarantee of success, but it helps.”

One Response to “8 Business Lessons from Roger Ebert”