Will you be happier on Saturday? 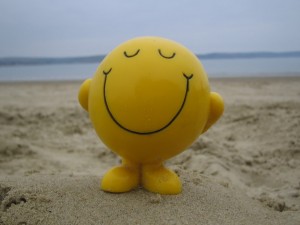 Richard Ryan, one of the behavioral scientists whose research figures prominently in Drive, thinks you might be, according to a recently released paper.

But the reason for this “weekend effect” isn’t leisure, he says. It’s autonomy most of all — as well as the satisfaction that comes from emotional relationships.  On Saturdays and Sundays, he tells USA Today, “there’s more connection with other people and more self-direction.”

What’s interesting about these findings is that they span across age, education, and profession. Ryan says it seems to be true even among people who generally enjoy their jobs. On weekends, he says, people have greater freedom to do what they want than they do during the work week. And many also feel greater competence.

It’s interesting stuff that makes me think slightly differently about the value of building this sort of time into our lives. What’s more, it raises a question: Why can’t work itself be like weekends — autonomous, self-directed pursuits that lead toward mastery and are animated by connection and  purpose?

Do that — and maybe people can be more satisfied and productive the other five days of the week. Here’s hoping at least. TGIF. And have a great weekend.

11 Responses to “Will you be happier on Saturday?”